The Panasonic phone systems have been incredibly popular small business phone systems around the world for many years. It has come in phone system sizes ranging from 3 extensions all the way up to up to over 2000 extensions.

The reason Panasonic Phone Systems have become so popular is they are very durable and last for many years without requiring much maintenance.  The first generations of the Panasonic Phone Systems were the very popular KX-T line which came as a basic 3 line, 8 extension phone system with support for up to 2 two intercoms.  This lineup of phone systems also came as the best selling KX-T61610 model.  It was very similar to the smaller KX-T30810 but had support for 6 lines and 16 extensions.  What set these phone systems apart from the others, was its built in hybrid extension ports which allowed basic single line telephones to be used as well as the proprietary Panasonic KX-T telephones. This is an older Panasonic KX-T7731B Speakerphone

This is an older Panasonic KX-T7135B Speakerphone

Do you have one of these phones?  We are experts in Panasonic Phone System repair in NJ. 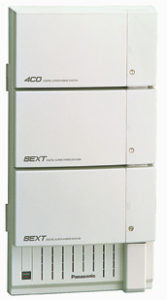 The KX-TD1232 was released before the smaller KX-TD816 model and eventually allowed 24 lines and 64 extensions plus 64 single line ports. 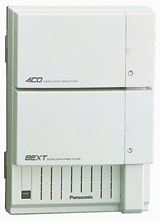 For those customers who had smaller line and extension requirements, the KX-TD816 was available. 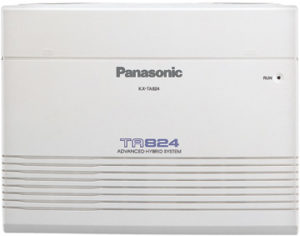 The successor to the original Panasonic KX-T line of phone systems were the KX-TA Panasonic Phone Systems.  These were very similar to the older KX-T30810 and KX-T61610 systems but also supported a new line of Panasonic Voice Mail Systems.  These were called Voice Processing Systems and allowed automated attendant features as well as individual mailboxes for each extension.

There were eventually two models of KX-TA phone systems, a Panasonic KX-TA624 and KX-TA824 phone system.

We offer Panasonic phone system repair on both models. 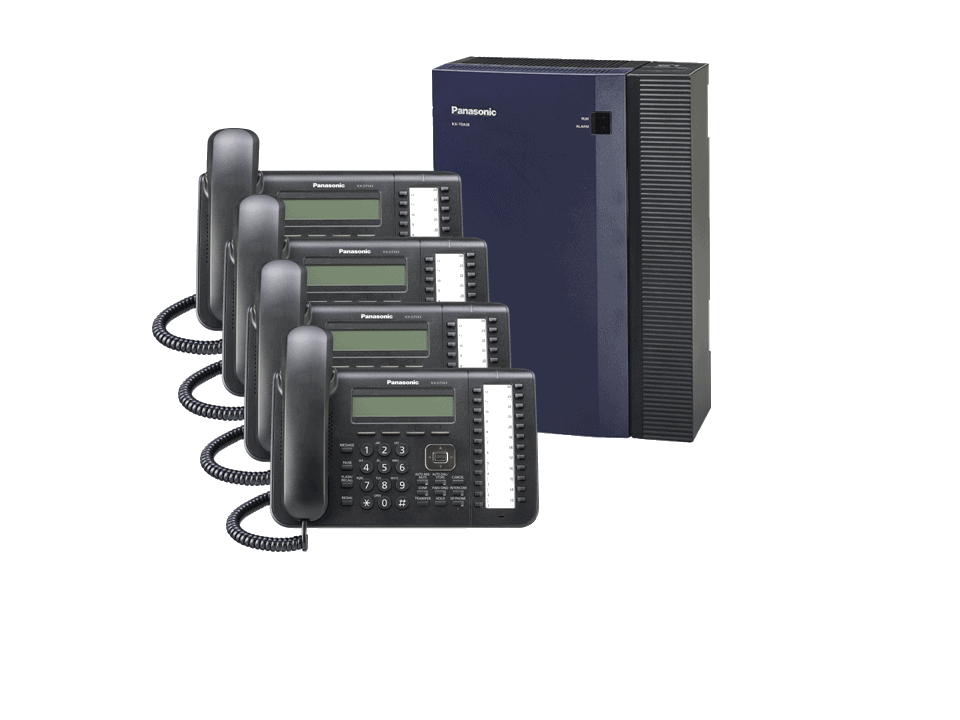 The next version of the Panasonic Phone Systems are referred to as the KX-TDA line.  These phone systems could start small with support for as few as 4 central office lines and 4 digital hybrid extension ports and could be expanded to support up to 1120 extensions.  There were 4 basic sized which included a KX-TDA50, KX-TDA100, KX-TDA200 and a KX-TDA600 Panasonic phone system.

Along with the introduction of the Panasonic KX-TDA line came a wonderful new multi-cell wireless capability.  This allows what Panasonic calls cell stations to be placed throughout a building and have wireless calls hand-off between the cells much like regular cell towers work.

These phones systems also supported VoIP phone lines and extensions as well as gateway connections to link offices over the internet. 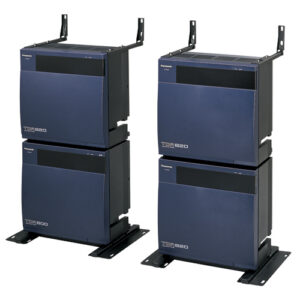 An enhanced version of the Panasonic KX-TDA Phone Systems were introduced (KX-TDE) to allow more Pure VoIP phone system features including SIP Trunking and SIP extensions.  This allowed existing KX-TDA customers to protect their investment and get these new features by simply replacing the existing CPU card with a new VoIP CPU card.

Even existing resources (cards, options and phones) work with the new VoIP CPU.

These new VoIP phone features supported both
open and close numbering plans creating a virtual single PBX allowing employees from across all the branch sites to easily communicate with each other.

They were almost identical to their KX-TDA counterparts as far as features and even utilized the same Unified Maintenance Console software for programming.

Then Panasonic introduced the KX-NS Series compact hybrid communications platforms designed for small to mid-sized
businesses.  The Panasonic phone systems grew to up to 288 extensions and could be flexibly configured and expanded using both existing phones as well as a new line of IP phones called the KX-NT series.

If you are looking for Panasonic Phone System Repair please give us a call or simply enter Panasonic phone system repair near me into google search.